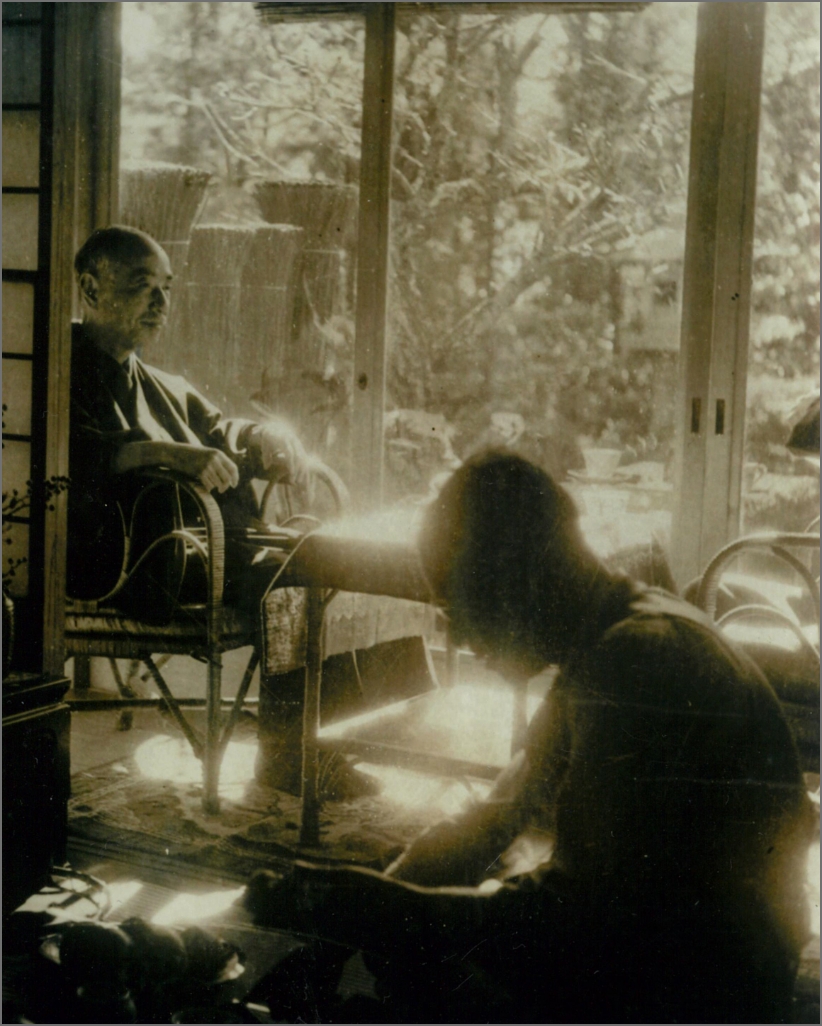 History of Nishiyama Brewery
The two-story wooden building, constructed in 1891, is now used as a shop. It features haiku by Kyoshi Takahama and paintings by Usen Ogawa. 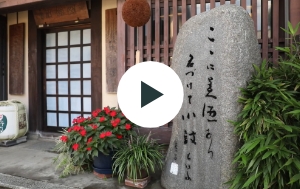 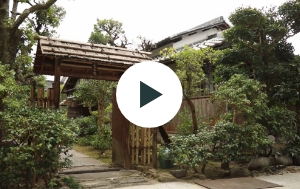 Sasa-an, a blend of Japanese and European styles 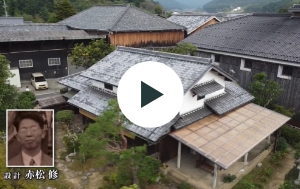 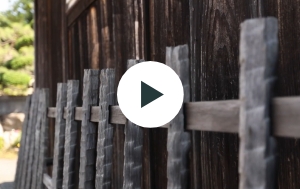 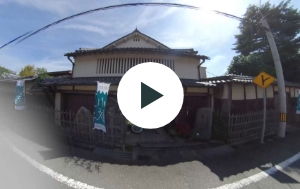 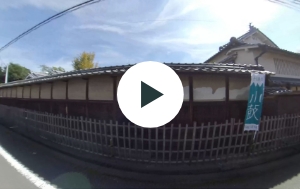 Nishiyama Shuzojo Walls 360-degree image
Nishiyama Brewery’s cultural importance
lies not only in its buildings.
It also has a rich history connected with
many writers and artists.
Nishiyama Brewery’s history
Kyoshi Takahama and Nishiyama Brewery
Kyoshi Takahama is a noted haiku poet of the early 20th century.He pioneered the concept of kacho fuei (beauty of nature) and kyakkan shasei (sketching from life) within the 17-syllable verse.He was a student of Shiki Masaoka, whose farewell poem upon his untimely death at age 34 in 1902 strongly impressed Nishiyama’s third-generation brewer Ryozo. It was through this poem that Kyoshi and Ryozo came to know each other.
The brewer became Kyoshi’s top disciple, taking the pen name Haku-un.The master and student continued to exchange and discuss poems from their respective homes in Tokyo and Tamba, 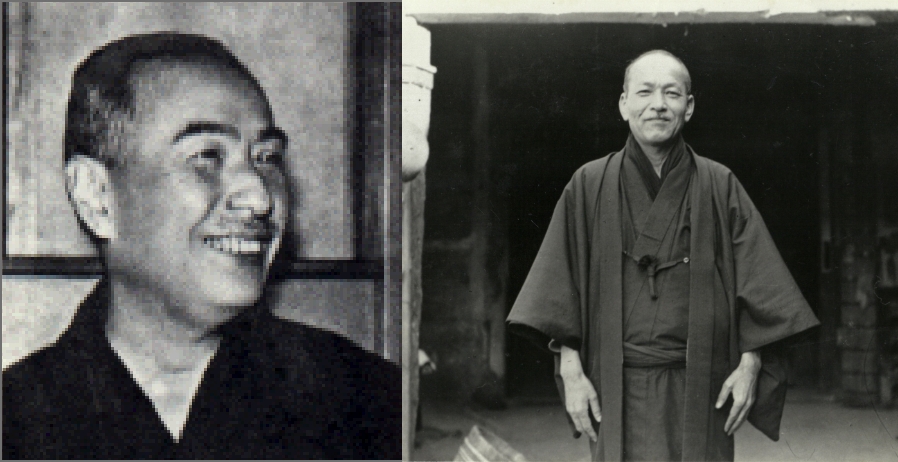 Kyoshi Takahama and Nishiyama Brewery
The brewer became Kyoshi’s top disciple,taking the pen name Haku-un.
The brewery subsequently faced a serious crisis due to market failures and other issues. It was Kyoshi Takahama who proved the savior.He gave the brewery’s sake the name Kotsuzumi (Hand Drum) and wrote a haiku celebrating the occasion:
The sake here is delicious.
Let me name it—
Small hand drum!
The poem was inscribed in a stone monument that still stands in front of the Main Building.He also developed an innovative marketing technique.The poet not only actively promoted Kotsuzumi in his haiku magazine Hototogisu but implemented what we would now call mail-order sales for subscribers.The listing in the prestigious publication boosted sales and attracted many writers and painters to the brewery in Tamba. 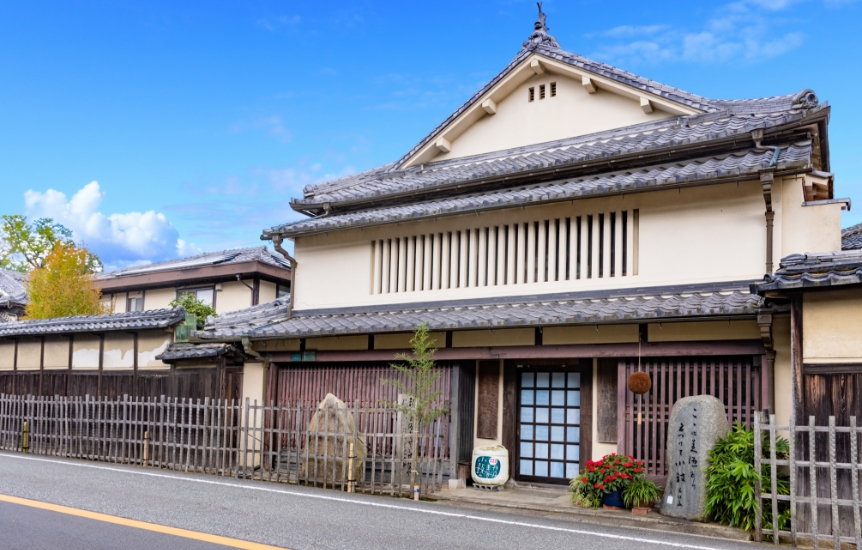 The poem was inscribed in a stone monument that still stands in front of the Main Building.
Japanese-style painter Usen Ogawa and Haku-un
Haku-un met many cultural figures thanks to Hototogisu. One of those was painter Usen Ogawa.Usen lived at the time in Ibaragi Prefecture near Tokyo, but came to be a frequent visitor to Tamba. He stayed for long periods at nearby Sekizoji Temple and had much interaction with the people of Tamba.The ties between Usen and Haku-un further deepened as the poet-brewer’s eldest son and daughter married two of Usen’s children.Many of Usen’s paintings can be found at the brewery. 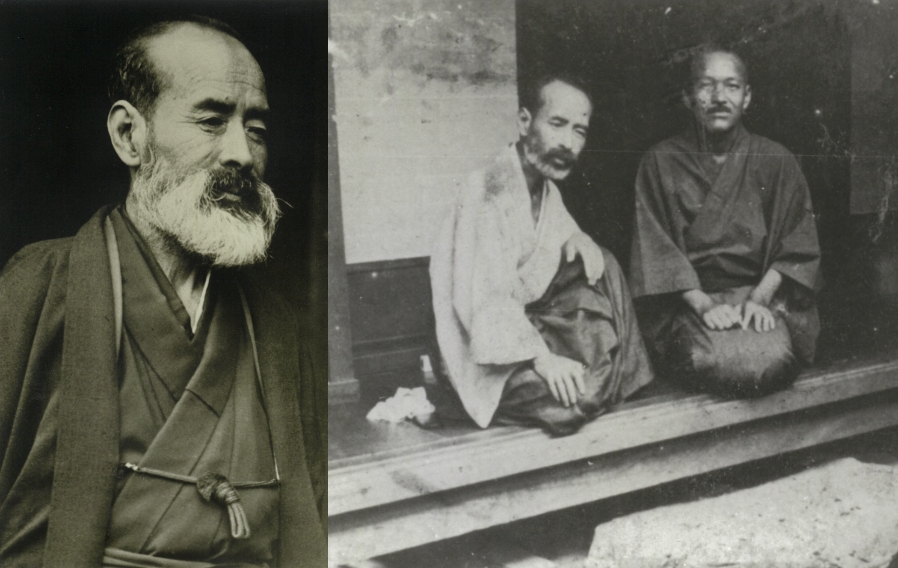 Japanese-style painter Usen Ogawa
Design by Hirosuke Watanuki
Nishiyama’s fifth-generation brewer Yuzo sought to burnish Kotsuzumi’s image further by changing the product design.He approached the painter Hirosuke Watanuki, also known as Muhoan.Watanuki considered himself to be an artist and had never undertaken commercial design work. Impressed by Yuzo’s passion, however, he not only created a logo but revamped the design of the bottle itself as well as the packaging.He created a fresh new image that was unknown at that time in Japanese sake.Watanuki’s design is consistent throughout the shop, from the sign on the storehouse to the seat cushions. 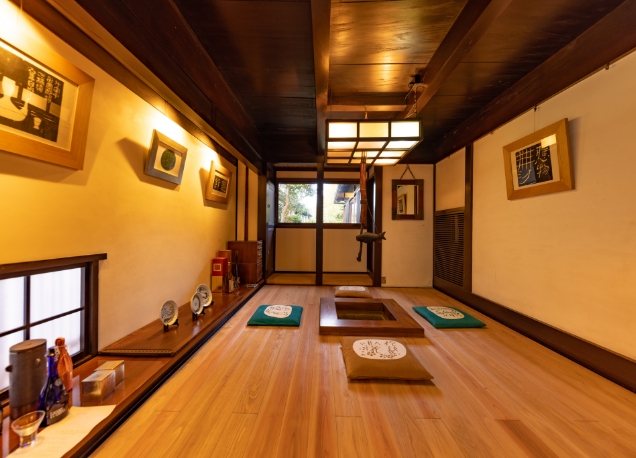 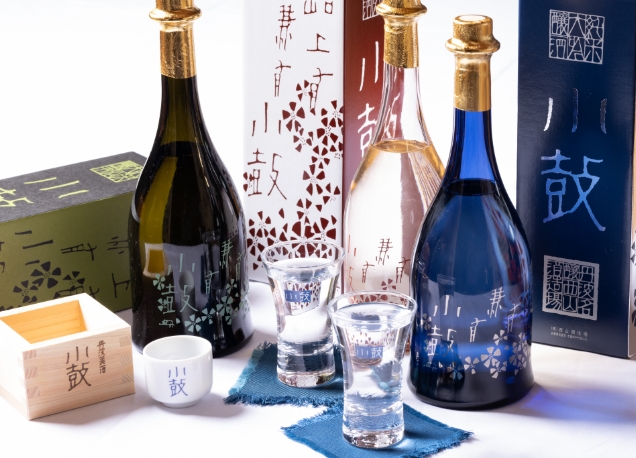 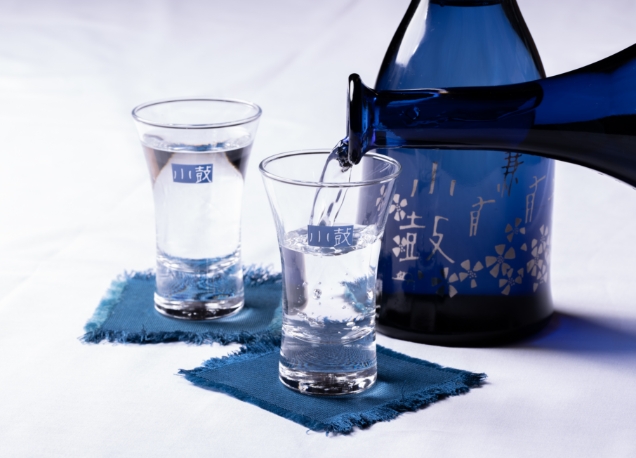 The brewery constantly seeks to incorporate innovative ideas drawn from the natural beauty of Tamba and the traditional sake-brewing techniques inherited from generations past.
We will continue to draw inspiration from the artistic and cultural inheritance handed down through the generations.
令和三年度 文化財多言語解説整備事業